London’s favoured sportive is RideLondon. It was established by the Mayor of London in 2013 as a legacy event from the London 2012 Olympics – a medal domination by Team GB. With seven live editions under their belt, they’ve exceeded expectations and grown to feature 100,000 riders of all ages and abilities at each event. A day for enjoyment with a challenging ride, followed by a finishing gathering for a well-earned party of food and drinks.

With Covid-19 putting a stop to all live events in 2020 and 2021, RideLondon went virtual. Yes, you read that right, they couldn’t bear to disappoint their participants! The virtual event saw a grand total of 10,000 people sign up for a variation of challenges, to contribute to saving the UK’s charities – what a wonderful world we live in.

RideLondon was back in force this year and with an all new look. It took place on 28 May (earlier than its usual August date) and saw 22,600 participants from all over the world tackle either the 30, 60 and 100 mile routes. The “freecycle” family ride along an eight-mile traffic-free route in central London also returned. A firm favourite with Londonders – when else do you get the opportunities to ride around scenic central London so safely?

Importantly, this year’s event saw much greater participation by women, disabled people and ethnic minorities after a concerted drive by organisers.

The 100-mile loop is the longest challenge within the event and has been part of RideLondon since it began in 2013. The first seven editions started in London and followed a beautiful scenic route to the Surrey hills, finishing on The Mall in front of Buckingham Palace. This year, however, the route ventured out to the Essex lanes for the first time ever.

The 2022 route saw participants set off from Victoria Embankment in central London, heading through Epping Forest toward the depths of Essex.

Once into Essex riders sped through some of the county’s most attractive towns and villages, including, Ongar, Fyfield, the Rodings and Great Dunmow before joining onto a section of the 2014 Tour De France route.

Once they returned to central London, they were welcomed home with enthused applause by spectators, as they crossed the finish on Tower Bridge. What better way to end a picturesque day out on the bike.

There were mixed reviews of the new course, with some loving the fast flowing parcours and others disappointed with the lack of hills. I guess you can’t please everyone! One thing is for certain though, participants loved being able to speed safely along the traffic-free routes, and the charities were overjoyed to have this stalwart of a fundraiser back with a vengeance.

Also revamped for this year was the professional race that goes alongside the traditional sportive. Gone was the traditional men’s race that followed the 2012 Olympic route. Instead we were treated to three stages of World Tour level racing for women, with the top team’s of the sport battling for supremacy. The Ride London Classique has, until now, been a fast and furious race around a circuit of the capital’s streets. 2022 saw riders compete on the roads of Essex for the first two stages and finish with the circuit race in front of an iconic City backdrop.

Room for improvement here, as publicity and media coverage around the race was sparse. Fans commented that they had no idea the race was happening or that it had changed. Disappointingly there was only TV coverage of the final stage, something which the organisers will have to change for next year to abide by UCI rules for World Tour status races. But the only way is up and we hope this race will go from strength to strength.

The good news is that Ride London will return to Essex in 2023 for the 10th edition. Find out more here. 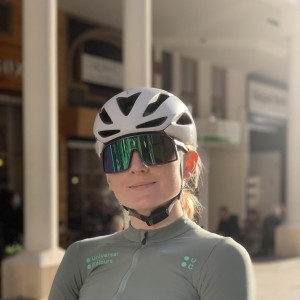